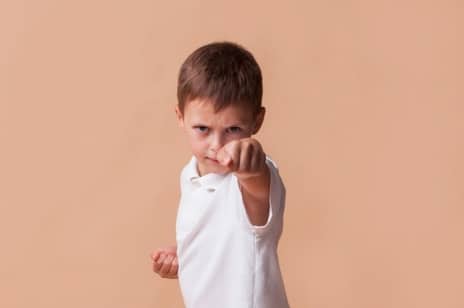 It is a behavioral disorder in children wherein the child is unable to pay attention or focus on anything for a longer duration of time. It may continue to adulthood too if not treated. It affects a child’s academic as well as life at home. They are quite impulsive. Parents / guardians need to observe and identify child’s behavior and opt for treatment. Many people do not take it seriously and ignore it

feeling different reasons for it, judging by themselves. But if not treated, it may extend to their adulthood thereby leading to problems pertaining to their relationships, self-esteem and behavior.

There are basically three types based on the symptoms:

Problem in possessing attention or rather quite inattentiveness is observed in the patient. Often found restless and hyperactive. The patient is highly impulsive.

Homoeopathy treatment, in the case of ADHD have proved to be quite efficient. In homoeopathy the emphasis is in treating the patient as a whole. Therapeutic treatment such as special education, behavioral modification, social skills training and counseling can help in better and faster treatment of ADHD. It is a brain disorder due to which the patient would always have trouble relating with others. Their reaction to things around would be unusual and repetitive. Autism affects information processing in the brain by altering how nerve cells and their synapses connect and organize. Autism’s signs tend to appear by 2-3 years of age. Parents need to evaluate and get it diagnoised, as, better results are expected if treated early.

Though the actual cause of Autism is yet to be clarified, it has been proposed that genetic factors could be a reason. The cause of Autism is also associated with several prenatal risk factors like advanced age in either parent, diabetes, bleeding and use of psychiatric drugs in the mother during pregnancy. Prenatal viral infection and other environmental factors can be considered as the non-genetic cause for Autism.

A very predominant problem that develops non-verbal communication skills such as gazing, facial expression and body posture. Patient may show difficulty in linking words to their meanings making it hard to come up with the correct words to express their feelings.

The ultimate results have been quite encouraging when treated by homoeopathy. Case to case approach is carried out to different patients after complete evaluation. Homoeopathy treatment need to be commenced at very early stage, say, when the patient is 2-3 years of age. At the back of the throat there are two lymph like masses known as Tonsils, which generally acts as filter for the airways. It produces antibodies to fight infection. But at times the Tonsils gets infected whereby results in swelling. Tonsillitis is a condition where there is an inflammation of the Tonsils, which results in a sore throat. It is more common in children. It can occur occasionally or recur frequently.

Tonsillitis can be caused by either viruses or bacteria. It has been learnt bacteria known as Streptococcus is a common cause. Viruses such as Influenza and herpes, also causes Tonsillitis.

The symptoms are easily identifiable ones. Mostly throat pain, ear pain, difficulty in swallowing or breathing through mouth, bad breadth, fever and redness of tonsils are common symptoms in the case of Tonsillitis.

Once diagnosed, treatment has to be done immediately. There has been cases, when not treated in time or ignored the symptoms patient has to undergo surgery. Homoeopathy treatment helps it heal without any side effects. It would mostly be preferred in children as they would not cause problem while consuming homoeopathy medicines. Innumerable cases of acute and chronic Tonsillitis have been cured by Homoeopathy. Upper Respiratory Tract Infection is a condition which affects the nose, sinuses, pharynx or larynx which results in nasal obstruction, sinusitis, sore throat and common cold. Mostly URTI is viral in nature and contagious and can spread from one person to another by coughing, sneezing or by touching.

It is most common in children and adolescents, as in schools and college they spend lot of time in groups and confined area. This condition includes common cold and flu ( influenza ).

Upper Respiratory Tract Infection is usually caused due to invasion by virus or bacteria in the upper airway. These virus and bacteria affects the cells of the epithelial tissue. The most common sites of this infection in the upper respiratory system are the sinuses and throat.

Persistent cough, nasal congestion, running nose, fever, itchy or sore throat and difficulty in swallowing are some common symptoms in case of URTI.

URTI, if found unrelenting, would call for pathologic diagnosis to evaluate the complexity of the symptoms. Homoeopathy treatment in case of URTI is considered safe and effective and is used world over for first aid, acute and chronic condition. It is also safe to use with other medications or drugs.